When I'm not performing (or on Tinder), I am actually a highly experienced vocal coach (I know, who'd have thought?).  I have even appeared on BBC One coaching singers.  Here below is a little precis of some of the work I've done: 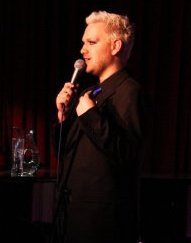 I have worked as a singing teacher and vocal coach for over 10 years working primarily with the Estill Voice Training Model which works from an anatomical understanding of the voice and can be used to work on any style of singing, with an emphasis on safe, healthy vocal production.

I work primarily with professional singers in musical theatre and have clients working internationally, both on West End shows and UK tours, as well as the US, Germany and on European tours. I also currently teach at London Studio Centre and Urdang Academy, as well as being Director of Singing at CTA in West London, having previously taught at East 15 Acting School, Italia Conti, MTA and Mountview.   I was Vocal Director for Academy Award-nominee John Cameron’s 1916 – The Musical, the demo of which was recorded at Abbey Road Studios where I was also Vocal Producer and again when the full score was recorded for Universal Music Group, as well as performed as part of West End Live. 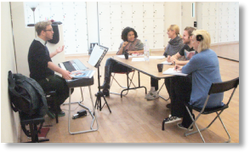 As a commercial music coach, I have worked with clients who have had management/development deals with labels such as Sony Music and Virgin Atlantic, having travelled to LA to coach and showcase clients there.  I have also appeared on BBC One and CBBC as a vocal coach and have appeared in The Stage, Women’s Health Magazine and Metro talking about the voice.